This website is not compatible with Internet Explorer. Some features might not work correctly in this browser

We recommend that you use the latest version of Chrome, Firefox, Microsoft Edge, or Safari for the best browser experience.

Prior to the club being formed in 1886, local Maori had raced horses shortly after the introduction of thoroughbred horses to the district – in the 1840s. The earliest documented Ōtaki race meeting appears to have been on the south bank of the Ōtaki River in 1854, and winners won goods, not money.

Early New Year race meetings resembled carnivals and celebrations, and they attracted people from as far away as Rangitikei (85km) to the north and Wellington (70km) to the south, many in bullock drays! At this time there were very few Europeans living locally, and of the 3000-4000 attending large race days, only some 200 were non-Maori.

There was an Ōtaki Racing Club, European-controlled, formed in 1879, which lasted only seven years. It would appear that the course was very poorly maintained - covered with ‘dense tall thistle’, and spectators were able to see the racing ‘only after the final turn for home’ – hence its demise.

The first actual Ōtaki-Māori Racing Club race meeting was held at Rikiriki on February 18, 1887, and for more than 20 years the club raced there, establishing itself as a preferred lower North Island track, but with constant lease problems.

Its early success resulted from the club’s management skills – including its first president, Hoani Taipua, who was also a member of the then House of Representatives for Western Māori (1887-1893). Praised as being ‘the most important individual in the early years’ was the club’s first secretary Henry Eager – who had worked for the ill-fated Ōtaki Racing Club previously. He was also secretary of the Ōtaki Library, ‘Clerk of the Ōtaki and Te Horo Bounds’, and an agent for several companies, including Northern Insurance.

An unusual aspect of Ōtaki-Māori Racing Club management of that time was a large number of stewards – in 1895 there were 20, with an additional 30 honorary. Today the officers of the club include the Patron, Club President, three Vice-Presidents and four stewards.

Negotiations with one Ben Ling resulted in the purchase of a new site – the first payment being made for it in July 1906. The club then moved to what would become its home ( Rahui Road, 170 acres) for the 20th century. The first race day there was October 12, 1910. Ling was then president of the club and served until 1924.

Prior to, and during the First World War, attendances continued to grow. Immediately after the war there followed a boom and the club struggled with inadequate facilities. A record crowd attended the June 1919 meeting, and this trend continued into the 1920's – but with increasing criticism of the Stewards Stand, which just couldn’t cope with the numbers. During 1923 ‘improvements and enlargements were made to the structure, pleasing most’. 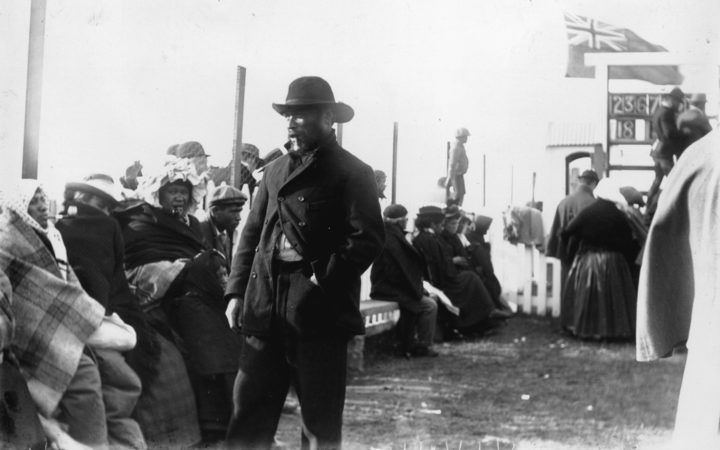 During the Second World War period, enlightenment and foresight appear to have favoured OMRC president Hone McMillan during his slightly controversial term - he and the secretary of the day allowed (without committee consultation) Masterton (one of several clubs) use of the course for its race meeting in the 1942-1943 season.

At the time many other club’s courses were used for military purposes (camps etc), and so were allowed the use of the Ōtaki course. Masterton’s access to Ōtaki wasn’t popular with some members, but president McMillan stated that ‘there is always the possibility of centralising racing and it is just possible that Ōtaki will be the centre’.

For a period during the late 1940's the newly formed Ōtaki Trotting Club held meetings at the course, before moving to the Hutt. The Rāhui Rugby Club held matches out in the middle and earlier - on just one occasion in 1927 – motor racing was held on the track, resulting in track damage and a large bill to the ‘motor club’.

Acceptance of the need to upgrade the racecourse, its facilities, and the track itself was noted in 1944, but track extensions and reconstruction proper didn’t take place until December 1960.

During those intervening years however, numerous improvements were made, including training track modifications and a new cafeteria. The new improved nine furlong (1800 metre) track with its 425 metre straight took about 18 months to complete, and the first raceday was May 12, 1962.

This new surface and course, modeled on Trentham, was considered ‘one of the finest racetracks in the country, equal to any metropolitan track, and vastly superior to all but a few country tracks in New Zealand ’ – with exceptional drainage, because of its saucer like design and construction.

During much of the seventies the Otaki-Maori Racing Club had its problems with spectator facilities, and there was a time when moving the club became a possibility ... that possibility being to Levin – but by 1973 the idea was finally put to rest. The addition of filming towers and upgraded totalisator facilities (1973), new Members Stand (1979), new Public Stand (1990) – with a covered link to the Members Stand, improved jockeys’ facilities, horse parading facilities, and more, gave the OMRC the conditions required by the day’s race goers. 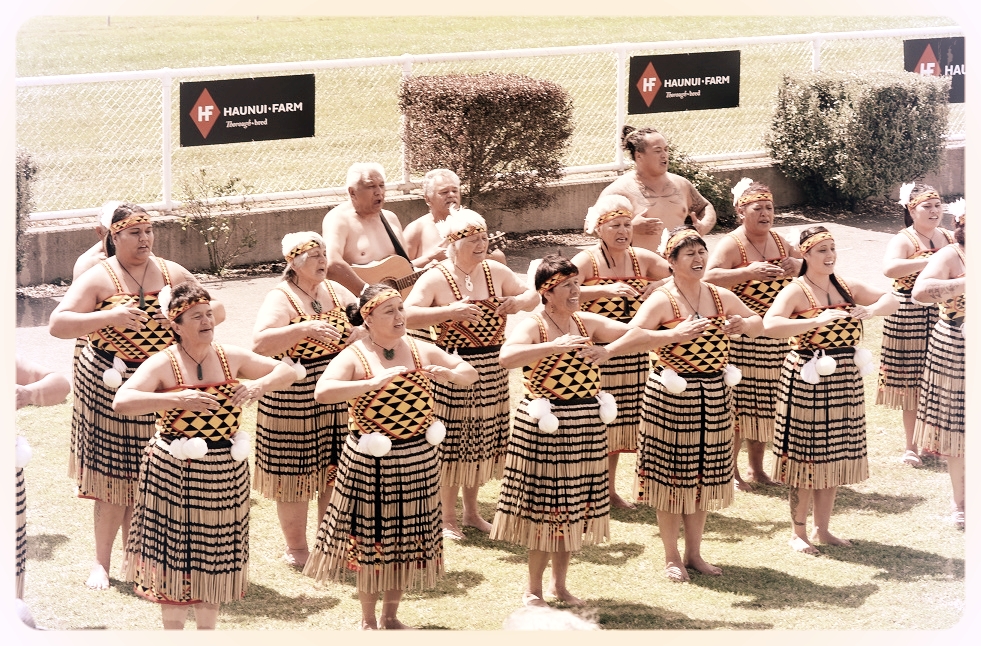 During more recent times, the racetrack itself has benefited from the addition of a new mile (1600 metre) chute, extending back from the present 1400-metre start, giving horses a 700-metre straight before the first bend.

Further development of the course was made possible by the establishment of the Horowhenua Racing Consortium on April 1, 1988 . From 1990 both Ōtaki-Māori and Levin Racing Clubs raced at Ōtaki, with the consortium administering the associated interests of both clubs’ tracks. However, as a result of a feasibility study by NZ Thoroughbred Racing, the consortium was dissolved 31 January 2007 . Both clubs continue to race at Ōtaki, and training continues at their respective tracks.

Joining the Central Cluster group of clubs was one of the positive efforts in maximizing the club’s profitability and longevity. OMRC is one of 19 such clubs in the central region combining their massive knowledge and experience of the industry. By sharing resources, implementing regional marketing strategies, and ensuring race meetings are co-ordinated, it was hoped to improve long-term viability and prosperity of Ōtaki-Māori and all central region clubs (i.e. from Taranaki/Hawke’s Bay south to Wellington).

At a special AGM in June 2007 ordinary members of the OMRC voted to join RACE Incorporated (Racing at Awapuni and Trentham Combined Enterprise Incorporated), which is Palmerston North based, and manages five other thoroughbred racing clubs in the lower North Island,

In July 2017, the Ōtaki-Māori Racing Club decided to take back control of the Club's destiny, and separated from the RACE Inc group, effective 1 August 2018.

The Club also brought on board local business consultant, Ben Jamison, to initiate a number of non-raceday projects to ensure a prosperous future for OMRC. 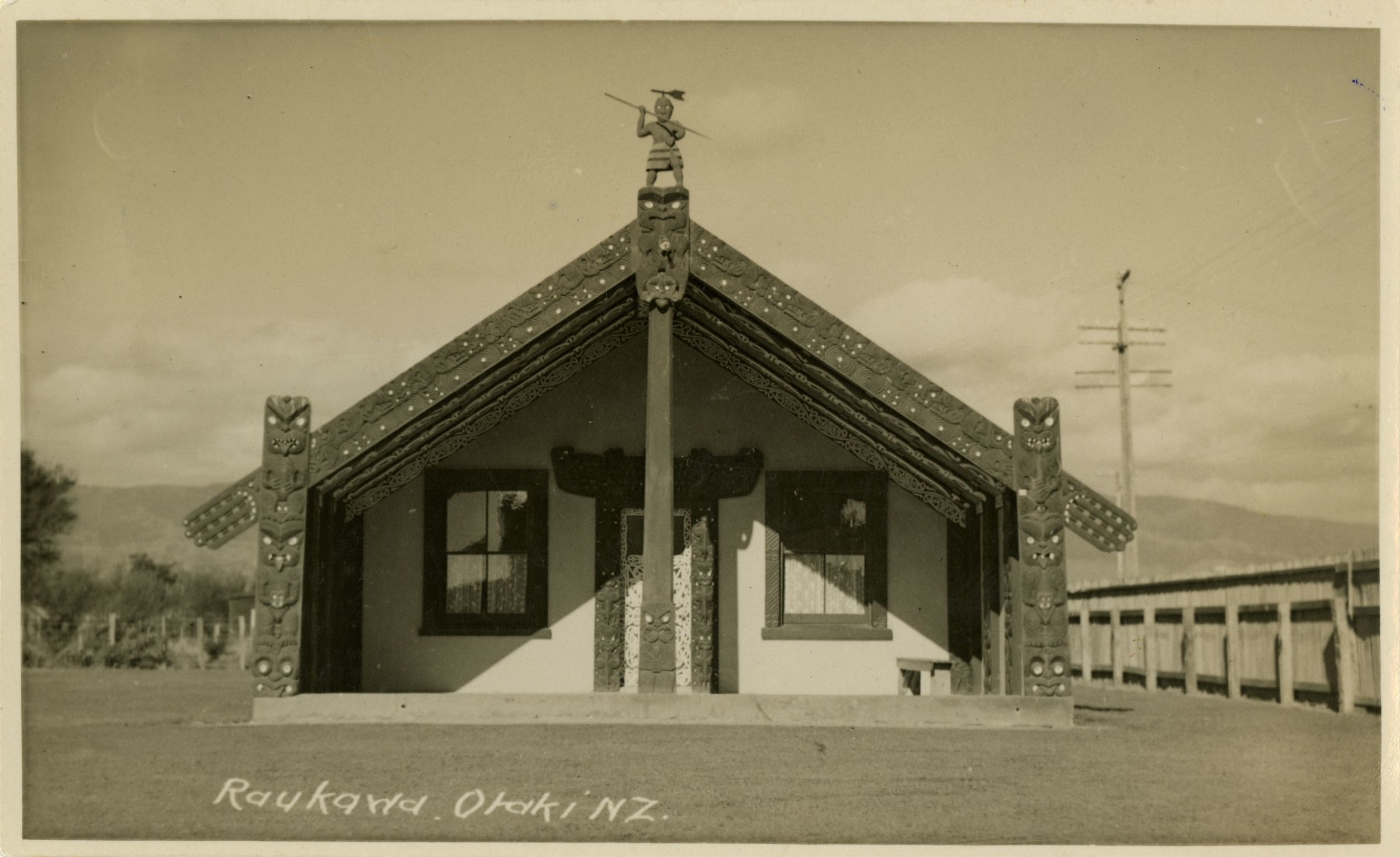